THE CHILD AND THE BITCH 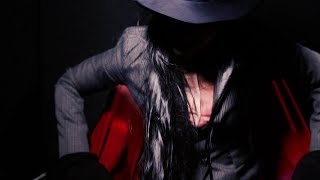 The visuals of “The Child And The Bitch” grow thicker and darker with “Filth”, the 3rd video release from the new album. Intense and vivid, the video is as grotesque and Machiavellian as the song itself. “Filth” was originally written as a continuation of “Puppet’s Lyric” (a song off the previous record “The Nightmare Bride”) which Snovonne describes as a pitiful dialogue between ‘Puppets’ and their self-absorbed creator ‘The Puppet Pimp’. The dissection of this shameless, ye